Illustration for the Vinyl, CD, and Digital download of the album, 'The Blue Star', from the North-East progressive rock band, Cirkus, founded in the 1970's. My Dad, 'Blue', was the drummer, songwriter, and a vocalist in the band, and they created three albums together. He died in April 2016.

When going through his possessions, his band mates found old recordings of unreleased tracks that hadn't ever been mastered. The band decided to honour the recordings by creating a new album from them, and asked me to produce the artwork. The loose theme is centred around Hopi mythology (Blue Star Kachina), and the vibe of the tracks is of mysticism and higher consciousness.

The artwork makes reference to their first album cover (which enjoyed reasonable success), and includes my dad's handwriting as a sub-title, appearing as a tattoo on the figures forearm. ​It was released May 2017. 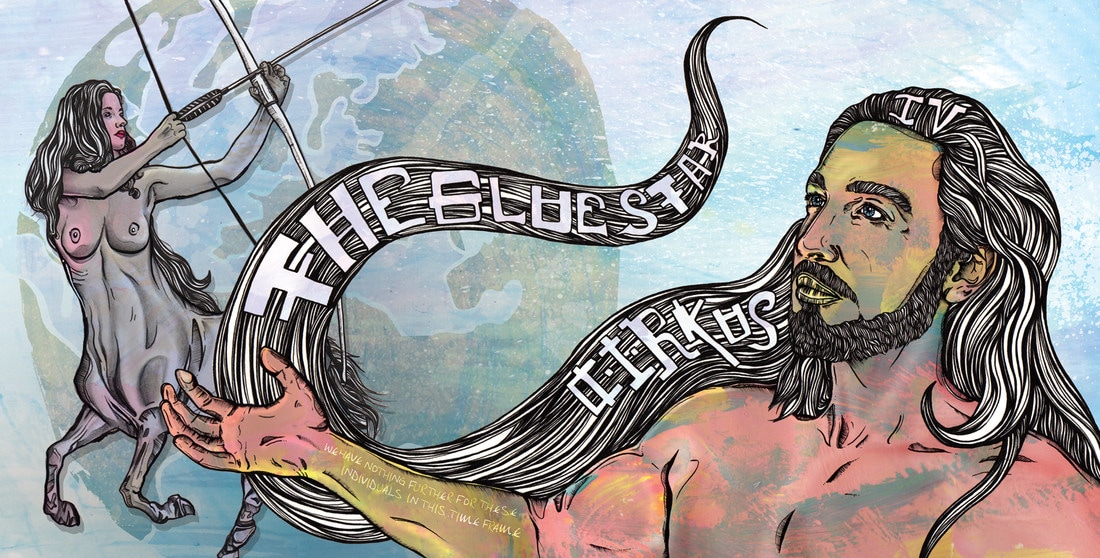