Illustration produced for a book which is in the format of a Vinyl record on hedonistic approaches to healthy living called, 'LoCo', by Barry Hyde.

Illustration to a poem written by the Los Angeles based poet, Nicolas Curcio, on the rush and excitement of life in urban bohemia.

Illustration to a poem written by myself on travelling around south-east Asia. The image folds out into a double-sided 8 page concertina booklet.

Illustration based on the myth of the character of 'Edward Mordrake', which was said to have been born with a face on the back of his head which couldn't speak but could laugh and cry. The artwork was produced for the contemporary progressive-rock band 'In Oceans', for the digital release of their single, 'Mordrake's Mute'. 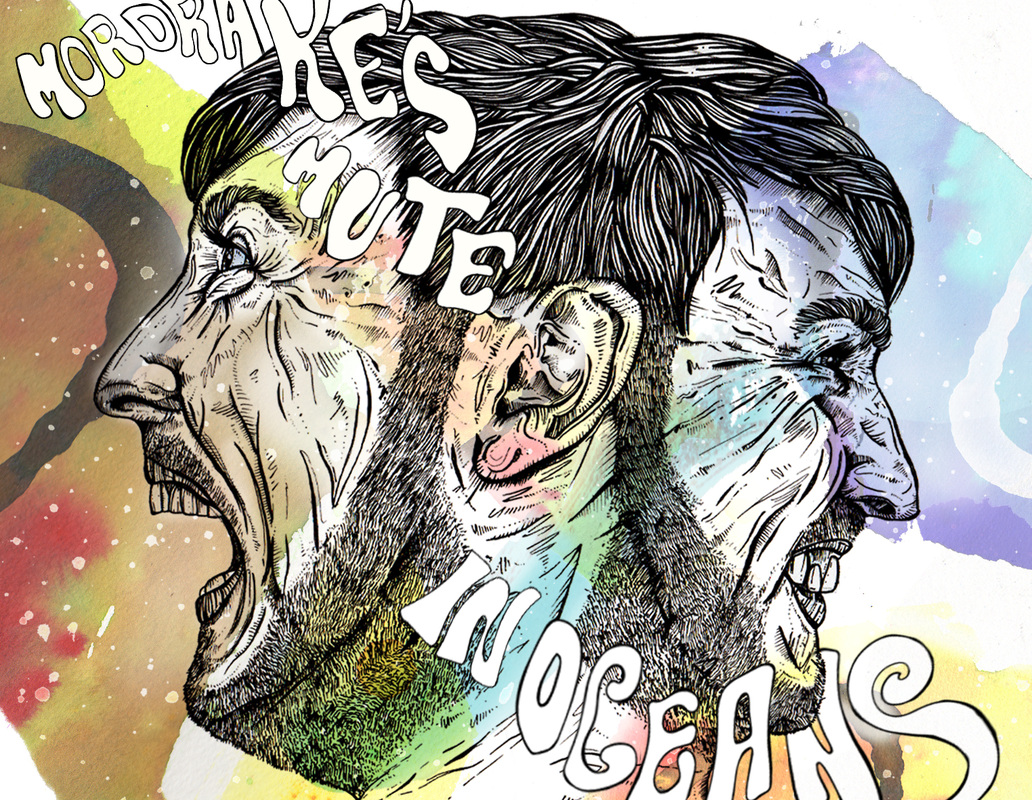 Four illustrations produced as record sleeve artwork for 'The Futureheads',  based on a narrative created through cutting up 4 sets of song lyrics and ordering them in a new way. The narrative suggests a society in which humans of a low intelligence are used as meat for those of a higher intelligence.

Vinyl artwork produced for the band, 'The Gaijin', based around the themes of Japanese theatre culture, the outsiders of society, and parapsychology.